The many health benefits of Tai Chi have increased its popularity and the demand for classes has skyrocketed. There is a growing need for qualified instructors. The Precious Practice Tai Chi Hall, under the supervision of the affiliated Center: The Tai Chi Academy of Northern New Jersey offers instruction in traditional Tai Chi therapeutic exercises, its martial art application, and provides instruction in the Teacher Training Methods (TTM) required for teacher’s certification as recognized by the International Yang Family Tai Chi Chuan Association via the International Yang Family Tai Chi Chuan Teacher’s Academy.

What should we do with a treasure? Do we horde it all for ourselves by secretly hiding it safely deep in the ground? Or do we open it up and share it generously with others?

What Is In A Name?

宝 Bao means Precious. Its Chinese character resembles valuable objects; jewels and gems under a lid, like a treasure chest.

Altruism (Ren仁) is the Precious Practice.

太极 Tai Chi means Grand Ultimate. Its symbol is known to most as the Yinyang sign. It is through theoretical study; its applied principles created a unique form of 拳 Chuan (fist) known as the practice of 太极拳 Tai Chi Chuan (Grand Ultimate Boxing).

堂 Tang is the ancient name for a special place of training.

Our practice not only benefits ourselves directly by cultivating radiant physical and mental health, but we also obtain the flexible energy, confident attitude, and peaceful spirit that better allows us to be of service to everyone we may encounter in our life.

Join Us For Tai Chi Classes! 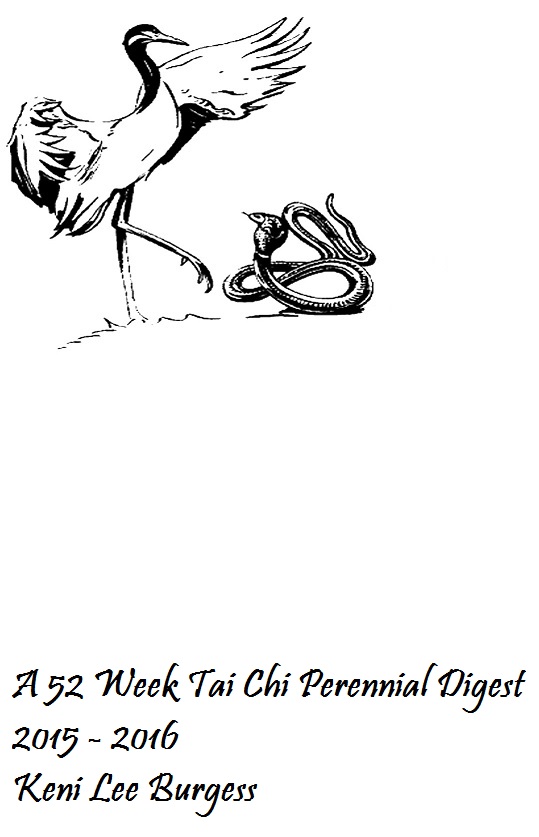 This book contains articles written by Yang Taijiquan certified instructor, Keni Lee Burgess presented to his students weekly over the course of a year. They function not only as notes for the topics presented in class, but more importantly, they form a series of inspirational themes for the week’s home practice ahead. By methodically addressing the concepts of Tai Chi daily, over the weeks, months, and years, an advanced refined practice can result.